The Basics of A/B Testing Your Explainer Videos

You’ve created an explainer video. It’s up on your site, and getting decent results. You’ve had plenty of views, conversions are in line with your goals, and overall, you’d say the project is a win.

But you can’t help but think, “Could we do better?” After all, you could always use more conversions, and you would like to reach a wider audience. Sounds great, but you aren’t ready to reinvent the wheel so to speak, and as long as your existing video is working, you’re reluctant to change it.

If you’ve done any internet marketing at all, you’re undoubtedly familiar with the concept of A/B testing, or testing two different versions of a video, email, advertisement, or other tactic to determine which is more effective. The differences between the two versions are subtle; in most cases, marketers test a single variable at a time, such as the call to action, refining each version as they go. The idea is to compare apples to apples, so there is usually only one difference between each version to ensure that any future changes are focused on the specific variable leading to different results.

Some companies choose to use explainer videos in general on their website as an A/B test, offering two versions of their landing page (one with and one without a video) — and most find that an explainer helps improve conversions significantly. For instance, a study by Eye View Digital shows that using video on landing pages can increase conversion by as much as 80%. However, while it’s practically a no-brainer that an explainer can improve response to your site, you should also consider testing the video itself to determine if small changes can make a big difference.

Most website content management systems are setup to allow site owners to easily set up A/B tests of their content. You’ll need to make some important decisions about the length of the test. How long you A/B test depends on your site traffic and how many test results you need to in order to have statistically significant results.

You also need to determine what to test. Again, limiting each test to a single variable allows for more accurate results, since you will know exactly which factors are contributing to the results — or which variables aren’t making any difference at all. With easy-to-use online animation makers, you can make changes to your video in no time, creating multiple versions to test. Some of the tests to consider include:

Promotional copy. How are you driving people to your video? Are you sending emails, advertising, using social media? Test different options in your promotional copy to determine which language works best. This could include subject lines, headlines, calls to action, etc.

Static images. What image are you using before the video plays? These “splash” screens can make a big difference in whether users hit play. Try testing several different versions of your splash screen to determine which works best.

Video calls to action. Your video most likely contains a call to action (otherwise what’s the point?) so test different elements to determine which gets the best response. Try using different colors, fonts, and language to see which resonates the most.

These are just a few of the options you can test. Just be sure that you are only testing one variable at a time, and that the versions are different enough from each other that you can definitively say they contribute to the results (or not.) 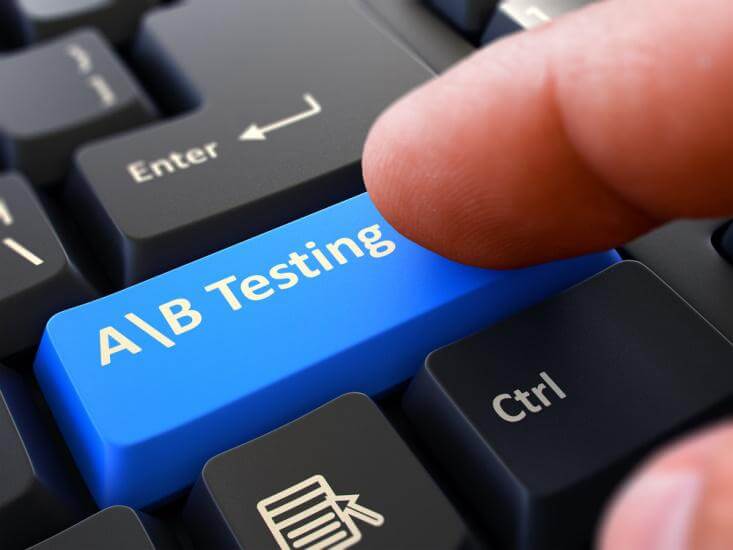 In some cases, A/B testing can get expensive, especially when you’re making multiple versions of an explainer, it’s a good idea to keep your costs down while you are in the testing and refining stage. A low cost animated cartoon maker can help with this process, allowing you to create multiple version of your explainer for testing without investing significant resources.

Finally, don’t be surprised if your A/B tests don’t reveal immediately actionable results. It can take time to collect significant results, and you may discover that the variables you’re testing don’t really make a measurable difference in results. Keep testing and measuring, and you’ll get there eventually.

We’ll keep you in the loop!